As of now, all our books are published on Smashwords. More books are coming (unlike the men in these stories) but for now the catalogue is as follows: 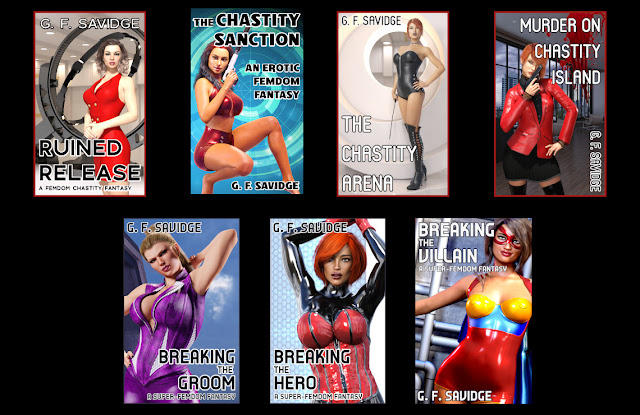 When a man admits his chastity and denial fetish to his genius wife, he may have unleashed something terrible and wonderful upon the world.

Castem: an island where women rule through the power of chastity magic. Men cannot orgasm and women can tease them to distraction with but a thought. A private detective comes from the mainland to solve a murder but can he leave with his sanity and dignity intact. Will he want to?

The world's (self-proclaimed) greatest secret agent teams with sexy spy from Castem, the chastity island where women rule through chastity magic, to prevent a crazed female supremacist from unleashing a global wave of eternal male chastity.

When the world's greatest superheroine realizes the only way to stop her nemesis once and for all is to break him and make him her bitch, will he choose to fight for his freedom or submit to her not-so-loving authority?

The one that started it all. The world's greatest superhero comes face to face with his greatest fear: a woman with powers that dwarf his own intent on turning him into her obedient sex toy. Can he escape the magical chains of female domination she weaves around him?

Popular posts from this blog 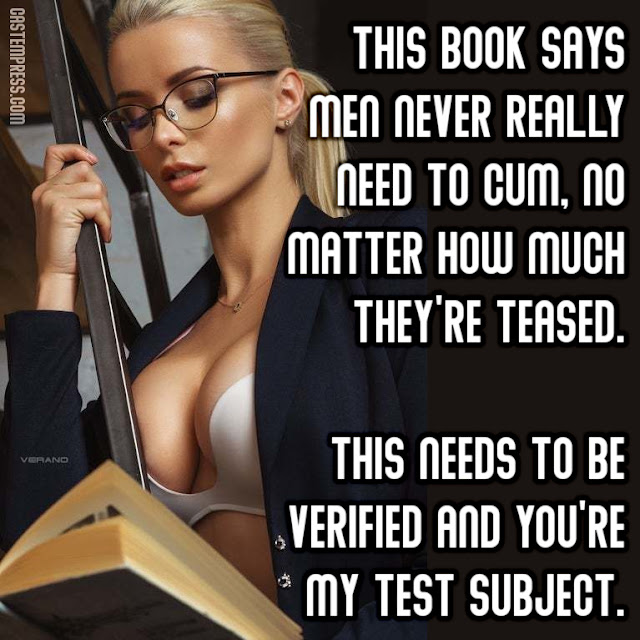 This actually happened a a while back. I've stopped posting captions to the keyholdercaptions subreddit and have switched to femdomcaptions instead. This gives me wider scope for the subject matter of my captions. Also, the moderators of keyholder captions are weird.
Read more 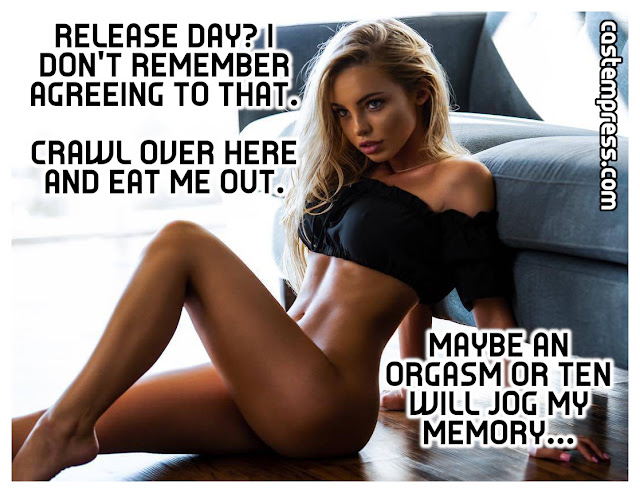 I'm posting new chastity captions to  https://www.reddit.com/r/keyholdercaptions/ under the username CageYourMan . I'm trying to post once a day and I have a couple of weeks buffer at the moment but that will change over time.
Read more

Enslaved by a Supermodel 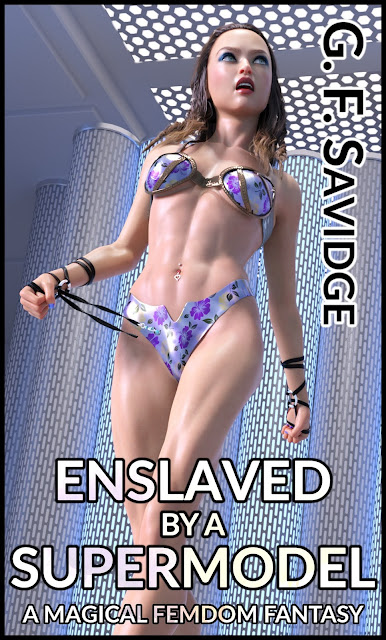